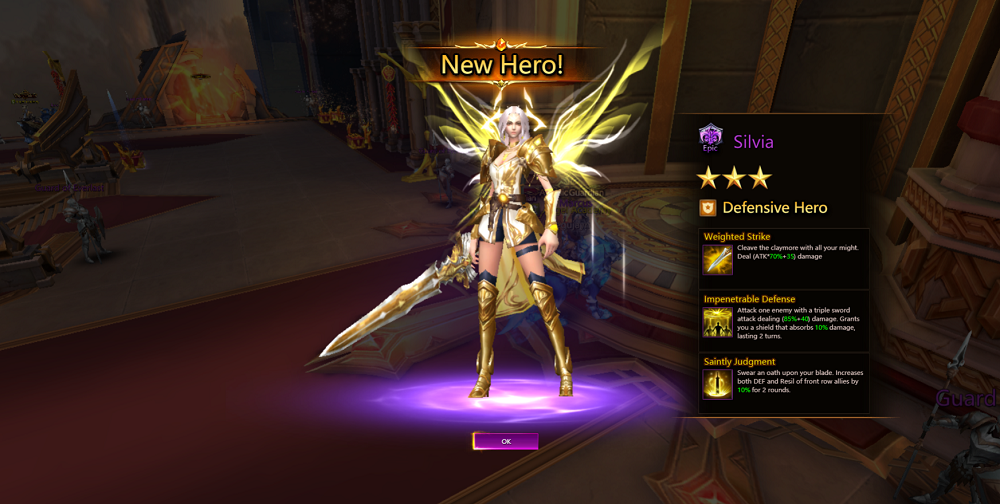 With browser games it’s quite simple – you can’t expect too much from them. For obvious reasons they face a number of limitations and technical compromises, some solutions are conventional and others are missing. You should approach this kind of productions with proper distance and I got one. Unfortunately, what happened to me during my adventure with the League of Angels III exceeded my most pessimistic expectations. Is it worth giving this vision of an online fantasy world a chance?

League of Angels III is the third installment of the series taking players on a journey through a fantasy world full of angels, magic and fights. As befits a free-to-play production of this type, it’s generously supplied with micropayment elements, which do not begrudge themselves informing players about the possibility of improving their gaming experience. RPG elements were also taken care of, i.e. the development of the hero and equipment. But are we dealing here with a typical representative of the genre?

ANY NAME, AS LONG AS IT’S OURS

It seems obvious that fun with the production of MMORPGs should begin with creating your own character, right? Unfortunately, this time they decided otherwise. Instead of the most common wizard, the player is given the opportunity to choose a ready-made model of a hero or heroine (we choose only the sex), and choose a name from those proposed by the creators. It is a bit absurd in the context of MMORPG. Shouldn’t we be able to role-play with our own avatar?

The main axis of gameplay is turn-based combat with the use of special skills. The final result is rated by the game on a scale of one to three stars, and the rating determines the quantity and quality of the rewards received. Besides, there are also quests received from characters in the game world, upgrading and buying equipment, or the typical quests that involve talking to selected characters. 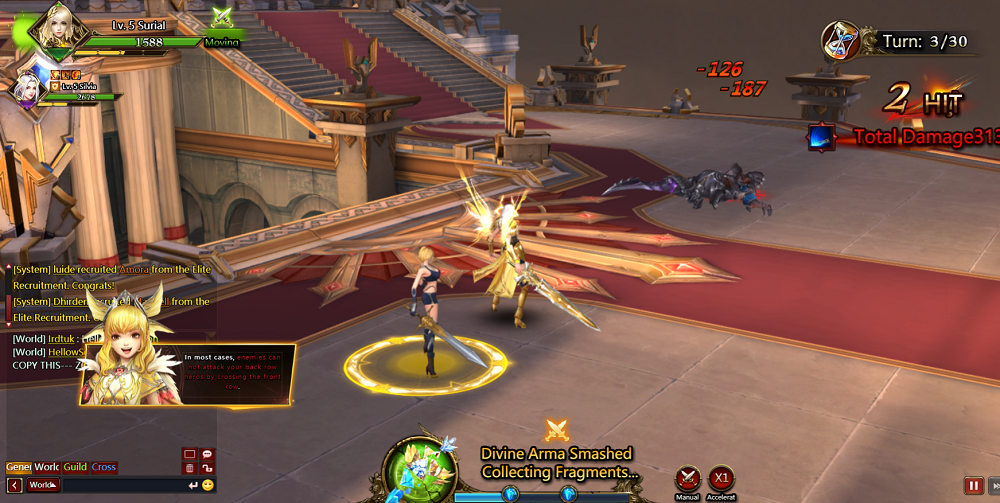 LET’S FORGET ABOUT THE CONTROLS

Unfortunately, we shouldn’t expect typical gameplay of this genre, because almost all the time we’re accompanied by the extremely strange solution of automating practically all actions. Our character automatically approaches our principals to interact, and moves around the map independently. As if that wasn’t enough, the combat system is also automated. Of course, it is a turn-based system – so it is impossible to expect independent wielding of weapons. But in this case, the player’s task is only to select the available special skills again and again (if we happen to have enough stamina points). The bitterness is completed by the option to completely automate the skirmishes after reaching a higher level of character development and almost complete omission of many game elements.

Some sort of autopilot of our actions is not yet the worst thing in League of Angels III. From the very beginning of the game (although this is an oxymoron in this case), we are bombarded with countless pop-ups, notifications, buttons and alerts. The information overload taking place on the screen makes the game completely unreadable, unresponsive and annoying. On the one hand, we have a huge amount of subtitles, tables and text that blends together. On the other hand, all sorts of statistics and skills and upgrades often attacking us with increasing numbers suggesting extraordinary progress and development of our character. 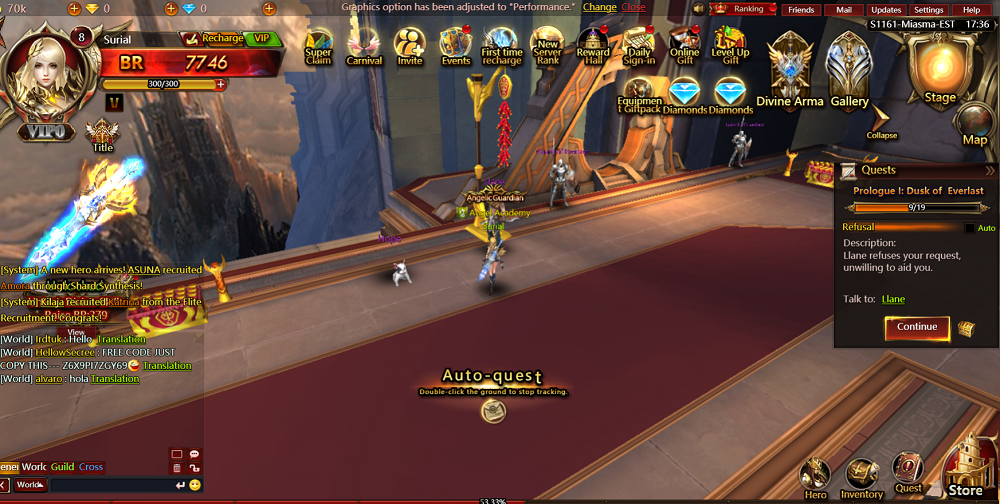 IT’S ALWAYS ABOUT THE MONEY

Here we come to another aspect, which is micropayments. On the one hand, the game is advertised as free. In fact, no payment is required. However, at some point in the game you will inevitably get stuck waiting for your stamina points to be restored in order to complete further tasks. Of course, you can help yourself with small purchases. These will allow us to achieve the goal quickly and efficiently. By the way, the creators from the very beginning of the game try to create in the player the belief that his progress is extremely fast – many statistics or items are improved very quickly. After all, it’s harder to part with such a developed hero, right?

The list of pros begins and ends with a single point, which is the visuals. Due to the fact that the production is entirely browser-based, three-dimensional graphics can be awe-inspiring. This is definitely a big plus of the production, which unfortunately loses its potential in the face of all the opaque and impractical interface and meaningless gameplay. 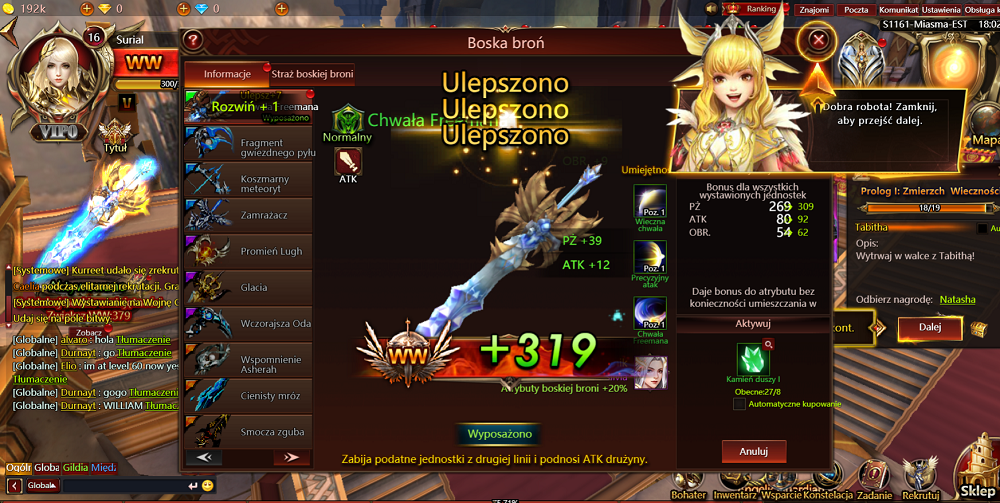 DIVINE TRAGEDY WRITTEN WITH A STICK

It is natural that the creators of MMORPG productions want to make money on their work. But I can’t think of another production that would communicate its purpose in such an unprecedented and brazen way from the very beginning. Automated control model, automated combat, a number of simplifications and conventionalities add up to almost zero gameplay. The illusion that the character quickly acquires new valuable items, constantly leading the player by the hand from point to point and finally putting him against the wall – pay up or you won’t make it. This premise immediately makes League of Angels III a game not worth playing. Especially when there are many games on the market where players are taken seriously.